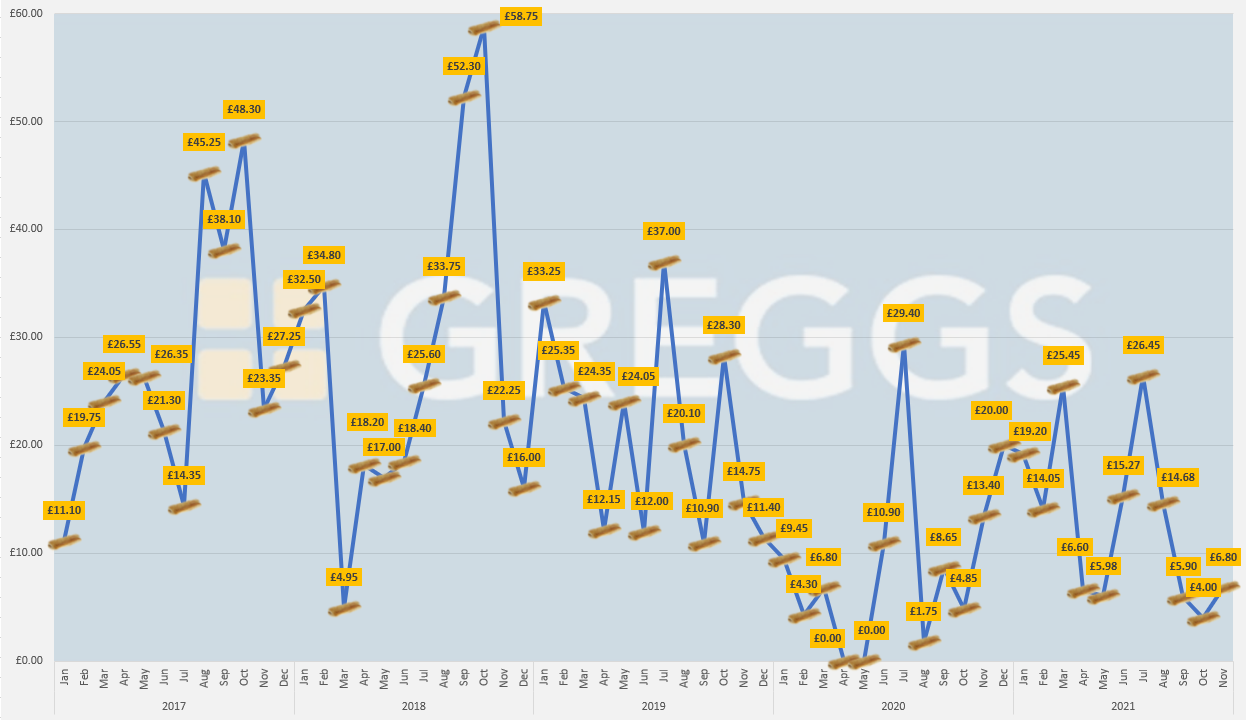 I’ve maintained a budget spreadsheet since the age of 16. I created my first shortly after starting a part-time job during my A Levels and since then have been tracking my personal finances with greater and greater intensity. This spreadsheet has taken a number of forms over the years as both the things to be managed in my finances and the way in which I’ve conceptualised my finances have changed. Throughout my time as a teenager, a student, a full-time worker, a student again and a full-time worker again I referred to and updated the spreadsheet typically several times a week, rarely less than once a week and as far as I can recall never less than once a fortnight.

It’s certainly not unique to closely budget and in my circle I’d say it’s become more common in recent years, although perhaps this is just a reflection of my circle ageing with me. For those who previously saw the benefit but lacked the motivation or time to budget there’s been a proliferation of apps and digital services designed to make the exercise as effortless as possible, either as a standalone tool or built as part of day-to-day financial services such as Monzo, Revolut etc. For those meanwhile who didn’t previously see the benefit of budgeting there’s been an explosion in online communities relating to personal finance (the ukpersonalfinance subreddit being where I tend to lurk) that often in odd ways occupies the same space as fitness social media influencers – that is, offering the idea of intense effort in one area of your life as a solution to whatever particular powerlessness you feel elsewhere in your life, couched in meaningless motivational bullshit and billionaire idolisation. That this latter trend is increasingly coopted by hustlers trying to sell worthless forex courses or ‘signals’, using uncontroversial personal finance education as a gateway, has also undeniably contributed to making the practice of intense budgeting more common.

Let’s also acknowledge that for many, more so than ever after decades of austerity, falling wages and housing crises, tight budgeting is a necessity to survive. It’s a cliché at this point to talk through some example of boomers buying a house at the age of 20 for a few years’ salary and filling it with a family that could be supported on the husband’s wage alone but it is true that older segments of the population, speaking in terms of generational identity rather any specific one of the millions of constituent varying experiences, have never experienced the need to track one’s finances closely to even be able to dream of a future in which you are more comfortable than you are in the present.

My particular form of obsession with personal finance goes beyond what most people would consider ‘budgeting’ to refer to however and I think I can claim that I spend more time thinking and working on my personal finances than anyone else I know irl. Seeing the journey of my girlfriend who when I met her did fairly limited budgeting and after spending lockdown with me had become more invested in the practice but stabilised far short of my obsession (at what is without doubt a more healthy level of interest), I’ve started to think more about why this has become such a oversized component of my personality.

It’s still not a question that I have a satisfying answer to. There’s an element of class for sure – something about how I’ve processed my own journey from growing up cripplingly poor in a council flat to earning a good salary in a culturally middle class profession and owning the flat I live in. I’m determined to not lose the security that I’ve secured in recent years and I doubt I’ll ever lose the particular anxiety that sits at the back of my head known only to those who have experienced poverty. There are however countless people who have experienced equivalent or more dramatic changes in class status that track their finances no more closely than the average person and I’m not even convinced that those with less money in their past or present are those more likely to be intensely into personal finance – often it is those with so much money that it’s hard to imagine any realistic risk to their standard of living that fill personal finance message boards. The precarity in my own life has subsided after all and yet the hours I dedicate to my finances have not. Whilst class is definitely part of why I have this obsession it cannot then be the only part and it is so far from a common feature of particular class identities that I wouldn’t even flirt with the idea that class is a reliable indicator of personal finance interest.

Looking elsewhere, there’s clearly something in the fact that I’m a data analyst by profession. I spend all day working with data or, these days, doing the peculiar intangible meta-work of middle management with people that work with data. On balance though I’d guess that data analysts are not much more likely to apply data-heavy approaches to their personal lives than anyone else and I know more than a few data analysts who refuse to even look at their bank balance, so this explanation similarly feels unsatisfying by itself.

Relatedly, as we’ll go onto, I’ve often used personal finance as a pet project in which I can develop new skills. Rarely a weekend goes by that I won’t dedicate a few hours to sitting in an armchair coding and personal finance is a naturally data-rich playground that offers all sorts of opportunities for experimenting with building things. Perhaps this too is a component of the explanation, although I know plenty of hobby-coders that spend their time on far more interesting projects so there’s little here that destined me to invest my leisure time in calculating my exact net worth.

The explanation must be some combination of all of the above and – to add a final element – a belief in a particular principle that I’ve acquired somewhere along the way that the key to securing long-term material improvements in your standard of living is careful, persistent and detail-focused attention on making incremental progress rather than pursuing big bang solutions. This isn’t a belief I’m necessarily comfortable with, nor one that I wouldn’t jettison given interrogation on the matter, for whilst it is in some senses a sensible semi-truism it is in others deeply ideological and not something that sits easily with my politics. It nonetheless structures my thoughts at a level only partially perceivable to me and likely predisposes me toward obsessive personal finance tracking.

So what does my obsession actually look like? For a long time it was the aforementioned spreadsheet, its complexity ever escalating. That was until 2019 when, finding that I could no longer contort an unwieldy mess of over-engineered Excel tabs into achieving what I now wanted, I began work on developing my own web application to manage my finances. A few months later I had a prototype system with some limited functionality and had learned enough from the development process to know where I had messed everything up, so started again from the ground up. When the first lockdown landed in 2020 I suddenly had a lot more time to dedicate to personal projects and after a surge in development completed a first adequate version of what I now call Smlkjns Finance. Hours of incremental further development (and a frontend redesign) followed in Lockdowns 2 and 3 until we arrived at the present, where I’ve recently realised that I now never look at the previously adored spreadsheet, it having been made entirely redundant by the new app.

Smlkjns Finance is hosted on a remote server I rent for this and a number of other purposes so that it’s available to me from my phone wherever I have signal. Its frontend is built largely in PHP and runs on a MariaDB database, with some overnight backend jobs performed by some Python scripts. The frontend uses the Google Charts API where plots or other visualisations are needed. I maintain a production environment and a development environment so that I don’t risk knocking the app out of action when I want to work on some new functionality and it’s currently around 7,000 lines of code in total.

I input every transaction of any kind into the app and through a mixture of statement export features from some banks and painstaking data entry from others it contains a record of every transaction across every account I’ve had since 2014, with monthly account balances extracted from old budget spreadsheets providing further data back to 2010. There’s currently approx. 8,500 transactions in the database all together and each has a variety of metadata attached to it.

Every transaction is assigned to a budget and every budget is a weekly instance of a specific ‘budget group’, e.g. Groceries.

The years of data available for each budget group provides a means for the app to project likely final totals for a budget at the end of its week – using an algorithm I first wrote in hundreds of lines of PHP and that I’ve since refined into far fewer lines and is now executed entirely in SQL.

With a record of every transaction in the past and a projection for every budget in the future the app can then calculate a balance for any given account on any given date.

With this available for every account the app can therefore also calculate my total net worth for any given date and it’s this that is essentially the culmination of it all.

On the topic of investments, I’ve been experimenting with investing in funds since around September 2020 and so have also built functionality to help me track and manage this.

I can’t definitively say that having all this available to me makes me any happier, although time spent developing it is a profound means of relaxation for me. I claim, when pushed, that it helps me make more informed decisions but it’s difficult to think of any decision I would need to make where a few hours with a spreadsheet wouldn’t be able to tell me what I needed to know. So I’m still not sure why I do this. I’m not planning to stop though.

Note: I’ve tried to cover up any actual numbers in the screenshots in this post but if I’ve missed some somewhere or you’re the clever sort who can deduce what some of the numbers might be from context then lucky you.